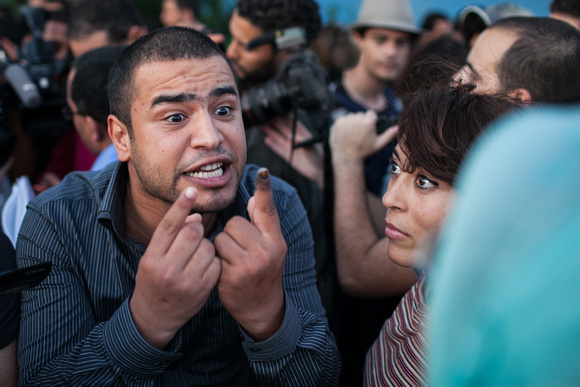 Young Tunisians demonstrate after knowing the results of the elections, denouncing electoral fraud.