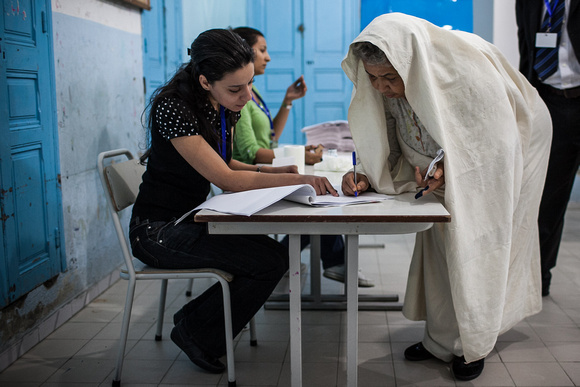 A Tunisian woman being checked before casting her vote in a polling station in downtown Tunis.