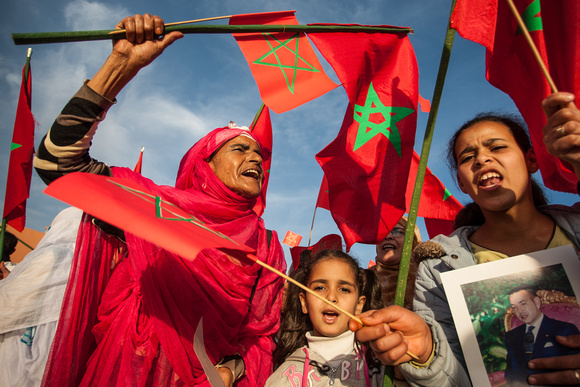 Supporters of Morocco and the king Mohammed VI demonstrate in El Aioun, capital of Western Sahara. Morocco invaded this region in 1975 and the UN does not yet recognise it as part of Morocco.