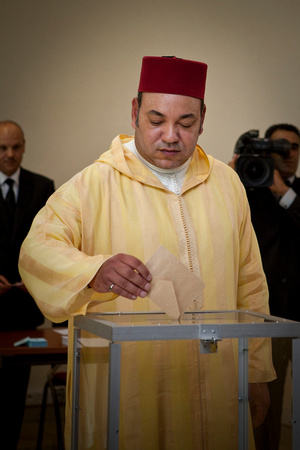 The king of Morocco, Mohamed VI, casting his vote for his own constitution reform, Rabat. The king reacted this way to the popular discontent in many cities around the country.