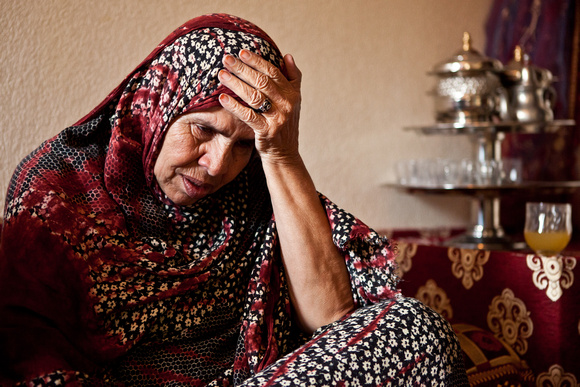 A sahrawi (Sub-Saharan) woman reacts after realising her son has been arrested as an activist by the Moroccan armed forces in El Aioun, Western Sahara.