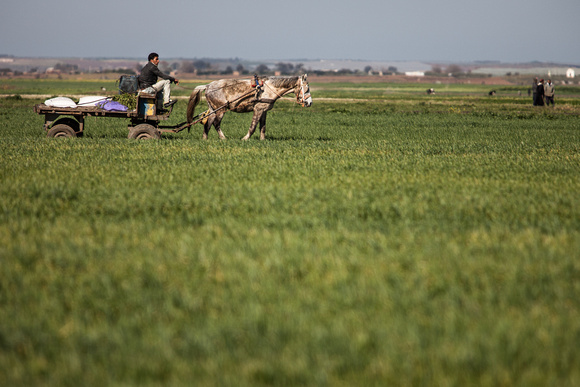 Most of the rural areas of Morocco are so poor that the field work is manually done with the helps of horses and bulls, no tractors here.