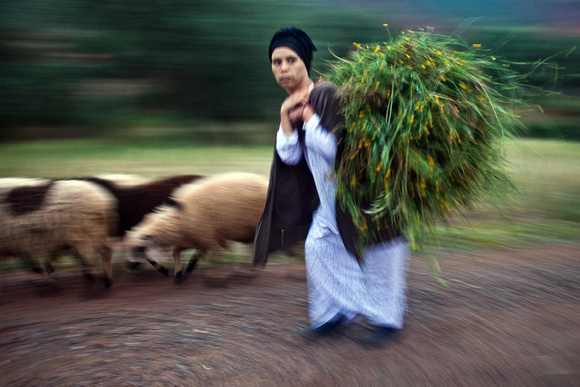 A woman carries vegetables and take care of the animals. Most of the women in the countryside Morocco's are illiterate.