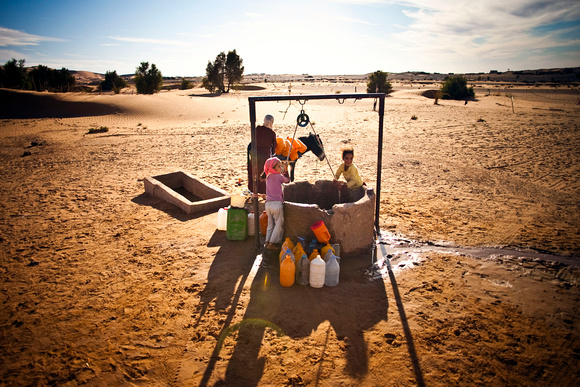 Members of a family collecting water from a well near Merzouga in the Sahara desert.