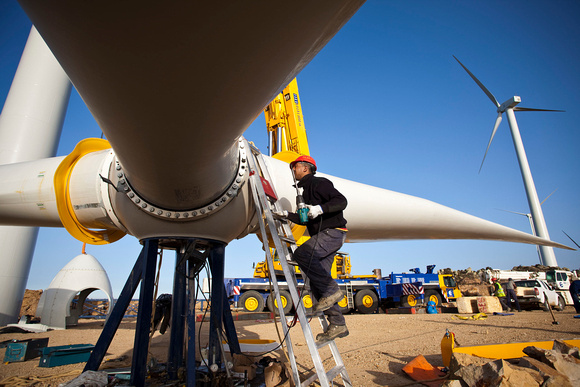 A man works in the largest wind farm in Africa, Tangier. The modern side of Morocco as Europe's green energy provider.