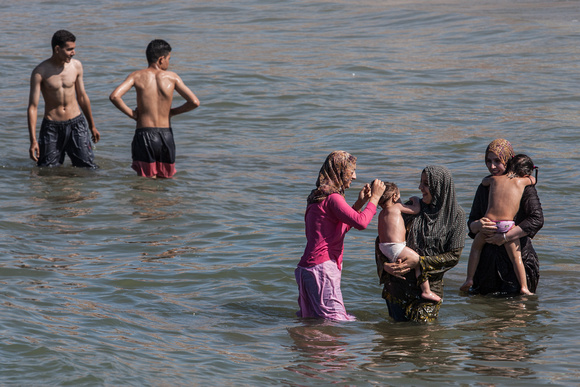 Young mothers take a bath with their babies, Rabat.