Tunisia - Coverage of the Elections in 2010 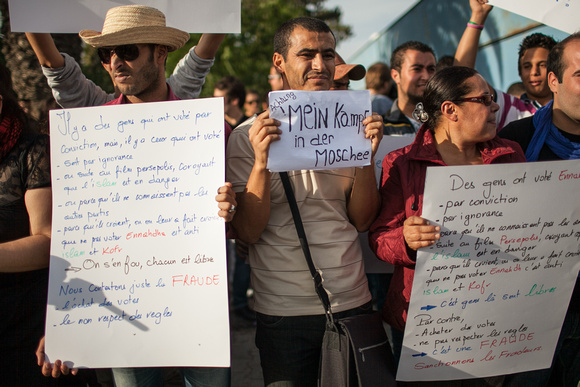 "Watch out! 'Mein Kampf' (Adolf Hitler's book) in the mosque".

Young Tunisians demonstrate after knowing the results of the elections, denouncing electoral fraud.